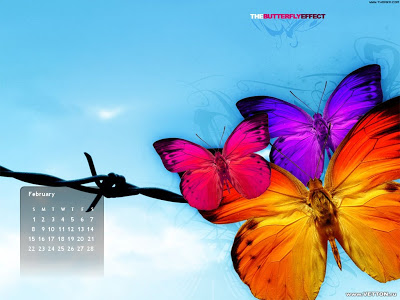 2. Did you keep your new year’s resolutions, and will you make more for next year? Haven’t made these for many years — they just don’t seem to be useful to me. However, I do think it would be excellent to start something at the beginning of the year and continue to do it through the end of the year (like maybe exercise on a daily basis).

3. Did anyone close to you give birth? Not this year.

5. What countries did you visit? No foreign countries. Just traveled to Des Moines, Chicago, Raleigh, and Norman.

6. What would you like to have in 2010 that you lacked in 2009? The opportunity to express myself musically.

8. What was your biggest achievement of the year? Traveling to 3 U2 concerts.

9. What was your biggest failure? Probably the whole puppy thing.

10. Did you suffer illness or injury? No.

11. What was the best thing you bought? Tickets to U2 concert in Chicago.

12. Whose behavior merited celebration? Anyone who made any kind of a positive step in their life.

13. Whose behavior made you appalled and disgusted? The Congress of the United States of America

14. Where did most of your money go? Foodstuffs.

16. What song will always remind you of 2009? Unknown Caller, Miracle Drug

17. Compared to this time last year, are you:
a) happier or sadder? happier
b) thinner or fatter? not thinner
c) richer or poorer? richer

18. What do you wish you’d done more of? laughing

19. What do you wish you’d done less of? frowning

20. How will you be spending New Year’s Eve? family traditions focusing on Greg’s birthday and looking back/looking forward

23. What was your favorite TV program? Only thing I watched this year was NFL Football.

24. Do you hate anyone now that you didn’t hate this time last year? Don’t hate anyone at all.

25. What was the best book you read? Donald Miller’s A Million Miles in a Thousand Years

26. What was your greatest musical discovery? U2 How to Dismantle an Atomic Bomb; Snow Patrol; Jupiter One; Crossroads music

27. What did you want and get? I had wanted to meet Bono for many years and I got to.

29. What was your favorite film of this year? UP

30. What did you do on your birthday, and how old were you? Flew home from the concert in Raleigh where I had met Bono.

31.What one thing would have made your year measurably more satisfying? The opportunity to express myself musically, either with my flute or my voice.

32. How would you describe your personal fashion concept in 2009? Find something I love and then wear it a LOT.

33. What kept you sane? Weekends away singing and dancing with new friends at U2 concerts.

34. Which celebrity/public figure did you fancy the most? Bono

35. What political issue stirred you the most? The Health Care issue

36. Who did you miss? My beloved father.

38. Tell us a valuable life lesson you learned in 2009. Music is the thing that makes my heart sing.

39. Quote a song lyric that sums up your year. I could never take a chance, on losing love to find romance.

(thanks to DollyMama for this meme.)