I really, really like food. Who doesn’t, I guess, but I think I like it too much. I was actually thinking it might be preferable (easier?) to have an addiction to something like alcohol or drugs, because once you break your addiction, you can simply (but not necessarily easily) eschew those products. They are not necessary to your continued existence. Food, however, is. One cannot stop eating, at least not for very long.

I remember way, way back in the annals of my eating history, I created an amazingly artistic (well, not so much) poster in kindergarten with manila paper and a teal crayon. The theme of my piece was, “[Blank] is a [type of food] eater.” As in, Daddy is a spuds “eatar.” Mommy is a spinacg “eatar.” Even as a young child, I could see the difference between the foods being consumed by the responsible adults in our household. I was also a spuds “eatar.” (The above-mentioned art IS in this house somewhere, and when I find it, I will upload it. In the meantime, there’s brilliant repro of it.)
So many great memories of my dad include doughnuts, Pepsi-cola, Husman’s potato chips, pretzels, and pizza. I have great memories of my mom, too, but not many of them involve spinach.
So, I’ve been thinking about this whole “liking food too much” thing. If I just take the “too much” part off, I am left with, I LIKE FOOD.
I’ve read the same four million articles that everyone else has about all the health advice out there. Eat less meat! Eat low fat! Eat more fat! Eat more vegetables! Eat more fruits, but not those, mostly these! Have you ever read one that said, “Eat for pleasure.” You know, I bet they are out there, but I don’t remember ever reading an article or book that said, Eat. For. Pleasure.
But eating is really pleasurable, isn’t it? Suddenly, a heart dart gets me. The old tapes begin to play; the ones about pleasure being inherently evil. Maybe you didn’t go to the same churches I did growing up, and there must be some mixed-up thinking in there, surely. All I remember is that anything that could be enjoyed could only be done legitimately as an act of worship, or in some religious context, and your motives were probably suspect anyway. There was never ever anything taught to me about doing anything for pleasure, except that if you did, you were pretty much on the Express Bus to Hell.
Pleasure was affiliated with, in my upbringing, sin. Sin. Pride. Being a slave to the flesh. Not doing that thing about the temple (honoring it). Satan. Eve succumbing to temptation. Pleasure had been completely co-opted by the Dark Side, and the Light Side was out to let the Light-Siders know of its dangers. Well, as Bono said so eloquently, Charles Manson stole this from the Beatles, and we’re stealing it back. Someone stole pleasure from us and I, for one, am stealing it back.

Those early teachings seem to be things that made me feel safe, even in my extreme terror, because they said there was a BLACK, and there was a WHITE. And while I was probably never going to manage to be much whiter than dirty snow, as long as I could avoid the BLACK by following the maxim, “We don’t smoke and we don’t chew, and we don’t go with boys who do.” (and many other maxims in a similar vein), I was GOOD to GO — to heaven.
But, hm, I’m not five anymore. And I’ve discovered that there are pleasures in this life that evidently do not lead directly to Hell. Of course, I am not talking about life-destroying pleasures like drugs and excessive alcohol, nor am I even interested in those types of things. I am talking about the simple pleasures that come to me through my senses. 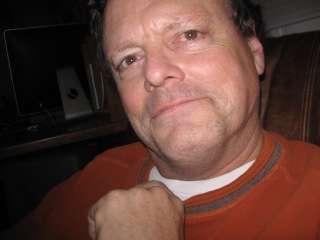 The sight of the face of someone I love.

The touch of the sun on my skin, or waves rushing up to my shins, the sand eroding away under my feet.

The smell of freshly baked cinnamon rolls or bread, coupled with the taste of that bread or those rolls. Those things bring pleasure. Many other things do as well, but what would it be like for me to embrace the idea of experiencing pleasure? I think it would be mighty fine.
Since pleasure was presented as a dangerous pursuit, I am cautious. I have seen people who have pursued pleasures that led them to heartache of their own, or to cause heartache to another or others. So, just like most other things in life, it’s a both/and situation. Pleasure can be pursued, AND one pursuing pleasure must be willing to set boundaries. Otherwise, the pleasure becomes the master, and the actor becomes the servant.

For so many years, I have had these really thick, really tall brick walls erected around me, within me, near me, behind me, and just generally in a maze-like layout in my life. The walls that kept me on the straight and narrow, not even catching a glimpse of those baddy-cats outside the walls. The walls that kept me contained, always providing a measure of decorum, lest I lose my mind and shout a swear word, or a praise, for that matter. Walls that clearly delineated the us-es and the thems. So, I’d always know which EITHER/OR I fit into.
I think it was the year that two of my teenagers crashed through some of those walls that I started wondering if everything was as EITHER/OR as I had thought. Turns out the answer is yes, for some people, things are pretty much either/or. And no, for me, many many issues are both/and. This idea used to scare me. How could something be both/and? How could I know what was exactly right to do if the thick, tall brick wall wasn’t there keeping everything in line? What if I decided I believed something different from those early teachings? My answer to that now is, well, hallelujah.

I came up with this analogy of a yo-yo in regard to my eating. You’ve heard of the yo-yo dieting? Well, this is a sort of variation on that. At the top of the yo, when I’m eating right, and leaving ALL THE DESSERTS on the table, never putting a bad bite of anything in my mouth, I am O.K. Then when I sink to the bottom of the yo, I’m eating wrong, and putting ALL THE DESSERTS in my mouth, and recognizing that everything I put into my mouth is bad. Neither at the top of the yo, nor at the bottom, is there any pleasure associated with the act of eating food.
I’m wondering what it would be like to find eating to be pleasurable.