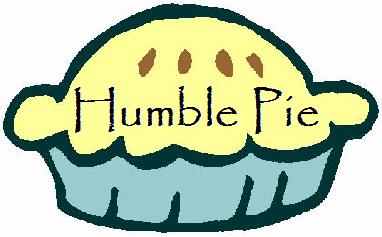 As I’ve always enjoyed math, and closure, and solving puzzles, I have been the natural numbers person on our team. I suppose it is somewhat true that I have an aptitude for numbers. But. I made a big mistake. And I didn’t realize it until yesterday.

We opened a business credit card account in January, whereupon I expected the account to appear on my online banking. Having dealt with online banking for many years, and having done away with paper statements years ago, I rely solely on my computer for the visual reminders. The new account did not appear online, nor did I receive a electronic statement. Finally, the new account came to my awareness, and I immediately went into the bank to inquire. By now, the payment was a few days past due. I paid the bill and asked that the late fee be reversed. It was. The account was added to my online banking.

The next month, I noticed that the interest rate had increased from 0% to 29.99%, which just seems like highway robbery. These conditions were no doubt explained in the account paperwork, but I wouldn’t have cared even if I knew. I pay on time.

Since the bank never notified me of the payment due date, the excessive interest rate seemed even more outrageous and unfair. Yesterday, I met with two of the bank managers and explained my situation. Like Demi Moore in A Few Good Men, I strenuously object[ed]. Normally very calm, I allowed some emotion and intensity into my voice as we spoke. The managers agreed to escalate the situation and see what could be done.

Later, one of the bank managers called to tell me that the all statements for the credit card account had been mailed to our  P.O. box. I don’t remember receiving it, but that doesn’t mean anything. I rely completely on the visual reminder of the online banking to keep me on task.

Well, I figured if I could justify ranting and raving about “their” mistake, I could certainly justify taking time to apologize. Which I did. Besides apologizing and owning my mistake. I also said they didn’t have to escalate it, but they said they were still going to see what could be done.

Do you remember when banking was simple? One had to drive to the bank and talk to a human for each transaction. One kept a written account of one’s transactions, and reconciled them monthly, sometimes spending a good amount of time trying to find the elusive $6.23. Sure, online banking does simplify some aspects, but if that’s the case, how ironic that my experience with my bank is so darn complicated. There are lots of federal policies about banking that seem to make a whole lot of money for the banking industry, which feels a bit like the rich devising lots of ways to take from the little people. (Maybe another [mis]perception I might explore.)

Be that as it may, and as much as I really don’t like to learn expensive lessons, I suppose, as Robert Frost wrote in A Servant to Servants, the best way out of this is through.

1 thought on “When You’re Eatin’ that Humble Pie”