Kepler loves using my cell phone. He gets more and more adept with it all the time. He doesn’t really understand the whole wi-fi vs data streaming thing, and I’m racking my brains trying to explain it, because I’m very keen for him to use data on wi-fi, but he loves playing songs on YouTube. At home, that’s covered. In the car, it’s streaming.

Tonight, he was scrolling through my photos. I daresay this is an exercise in self-admiration since the majority of my photos are of him, either selfies he takes, or me just catching him in all kinds of adorable poses.

As he got to the pictures from our recent trip to Chicago, he zeroed in on the one of him by the plaque in the Adler Planetarium which mentions Johann[es] Kepler. 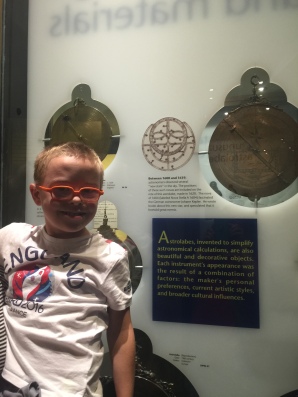 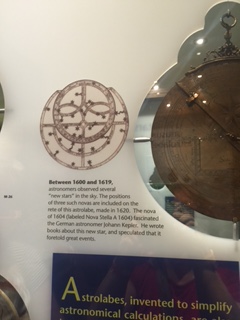 “Jo-hann Kep-ler,” he said. I was surprised that he remembered Kepler’s first name.

Being the Kepler in the center of his own universe, and rightly so, he deduced that “Johann” is a sort of title, like Mr. or Mrs. or perhaps just a nice name to preface other names with. So, he thinks and thinks (finks and finks, in his parlance) and then he says,

Johann Mom! Johann Anna-Jessie! Johann Eli! And a few more, but I think you probably get the picture. I love to see his mind work. What a treasure he is!

2 thoughts on “Out of the Mouth of Kepler”