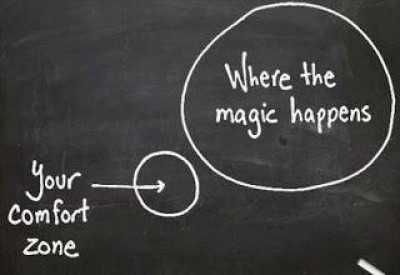 It’s Homecoming this week. Not that I care too much about that, particularly. I went to the local schools from K-10, but spent the last two years at a private high school. But it’s a big deal in my town, from the pre-school to the high school, and there have been many fun events this week. Plus, I have a student who is a senior in high school, so Homecoming matters!

I notice when I am at the events at the high school these days, what I am very aware of is my own high school experience. While I was running today, I was reflecting on the idea that one shouldn’t compare one’s insides to someone else’s outsides. So, there’s that.

But when I was in high school, I simply was not free. I wasn’t free to be myself. Of course, there are millions upon millions of teens who also do not feel free to be themselves, regardless of how they act. For me, that lack of freedom translated into a terribly overdeveloped sense of responsibility and self-consciousness and fear.

Last night at the high school, I observed the male cheerleaders (for Homecoming week, only, so they were goofy and having fun) as they did flips, jumped around, led the students in cheers, and had a good time. What I would give to have been able to just leap into the air and do a flip when I was a teen.

Maybe it’s crazy to grieve those years. But they were the years where my whole life was in front of me. All the possibilities still existed. College was yet to come. Long-term relationships, parenting, responsibility were all in the future. I, however, adopted the mindset of being responsible for the world while I was very young, so I felt extremely responsible, even though I wasn’t responsible for anyone but myself.

Why is youth wasted on the young? Not an original question of mine, but definitely a good one. Why are the young women so convinced that their bodies are not enough of something or too much of something else, when the vast majority of them are perfect just the way they are? Why are the students pressured so heavily to figure out majors and college plans and future career goals while they are still kids?

More to my point; why was I so convinced that my body was not thin enough and too hairy and not tall enough and too loud? I suppose it’s just a developmental stage in life — to craft a workable self-image and act on it. Not something we really get done when we are 16-18. What in the world made me so sure that it would be a terrible mistake to take a risk to be myself? Where did I get the idea that acting outside of a strict set of guidelines written in a box with a 4-point black line around it was anything but a fantastic idea?

It’s a little too obvious, I suppose, to imagine that my religious upbringing might have been slightly responsible. I was the one who believed what they told me, but since I believed them, there was a really good reason for me not to “sin.” It’s just so sad to me that I thought being myself equated sinning.

There is someone in my life who believes that my deconversion is basically me acting out a teenage rebellion that I didn’t get around to as a teen. I’d say it’s high time I start rebelling against the beliefs that held me rigid and fearful and unwilling to live out my magnificence.

High school was a long, long time ago. And, shoot, I did the best I could back then, as did those who were in the position of guiding me. And we were all imperfect and made mistakes.

It is probably the case that the students I see at high school events who appear to be themselves with ease also have questions and doubts and fears about themselves and the world and their future. Just because they can do a backflip from a standing position doesn’t mean that they don’t have anxiety about the difficulties that are part of being in high school, with many big decisions coming up, with the stresses that come from the ubiquity of social media, with the ever-present awareness of terrorism and gun violence and police brutality and all the other issues that come at us 24/7 these days.

I suppose the bottom line is that I have the opportunity to accept my history as it is, and allow it to be what it was, and to do my life differently in the future. As true as it is that today is all we have, our todays have come about because of all the steps we have taken on the path to get to this day. So I wonder … what is the teen backflip equivalent for my life today?

Does this post resonate at all for you? I told Greg what I was writing about and he looked pretty mystified about the idea of missing his high school years. I don’t particularly miss the literal being in high school classes and all the high school drama that occurred. I miss that time in my life when the objective circumstances of my life were such that I didn’t need to feel overly responsible about the world, my parents, my siblings, and everything else. That time in my life when it was reasonable to try risky things, to take chances, to experiment.

That time in my life didn’t happen when I was a teen, or in my twenties, or even quite awhile after that. Thanks be for the fact that I have finally discovered that I can explore what it means to be me, to try things, to take (sensible in the light of being a parent) risks, to be imperfect and to be just fine with that. I want to live a create life, not a perfect one.