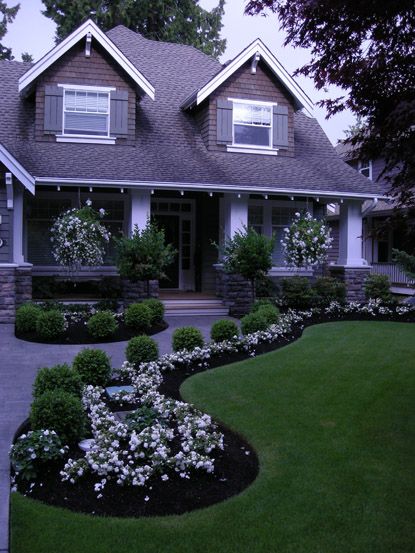 One thing I noticed during my whirlwind month as a UPS driver helper is that people who have large houses clearly have someone else to help with a lot of things such as landscaping and housecleaning. I also noticed that landscaped gardens and pristine entryways (the only part of the houses I actually saw) appeal to me.

It All Begins with the Pilot

Just ask the people on Sully’s flight. But I speak of the Honda Pilot, our Honda Pilot that worked fine for all those two years and then unceremoniously died on the side of the road. After six weeks of hemming and hawing, to-ing and fro-ing, fricking and fracking, pro-ing and conning, we made the decision to sell the Pilot as was, and we began the search for a new vehicle.

I Love all of You Who Do Not Have a Garage

Once again, we purchased a vehicle in the summer that does not fit in our Hobbit garage. Which was all fine and good until cold weather appeared. The high school senior who resides here now drives the Camry, which does fit in the Hobbit garage, and is all snug on the cold mornings, backing out with her garage door opener button and excellent sound system and most importantly, complete lack of the elements affecting her ability to get going in the morning.

The Joys of Dressing a Child for the Cold

As any and every parent knows, dressing a child for the cold weather takes approximately 45 minutes and yields a good 3 minutes of outside time as a reward. When one’s child must ride the Big Yellow School Bus® to school, one embarks on that whole rigamarole with the gloves and the hats and the coats and the shoes and socks and the scarves and the backpack and the extra paraphernalia for gym class and music class and the sock drive for the month of January.

Which Brings Me Closer To My Point

Kepler looks forward to the bus every day. He asks me at night whether he is going to get to ride the bus in the morning. So, we have no problems when it’s time to get all the gear on for the trek down the driveway to the bus. Currently, though, we are navigating some new gloves (see Blaze Orange Glomitt below) which take some time because getting the fingers one per opening is eluding us at the moment. But I’m nothing if not patient and I work those little tiny fingers in and out of the slots until finally the right ones are in the right place.

Then, since we are also still developing fine motor skills, I help with zippering the coat, putting on the tricky socks, locating the hat, scarf, and aforementioned paraphernalia.

Today it only took 6 minutes to get it all done, and off he went with my “Be careful on the sidewalk walk in the grass it might be slippery” admonishments going in one ear and out the other. Slowly, he walks. Carefully, he makes it down the stairs and all the way to the end of the driveway. I watch from the window waiting for the exciting school bus to arrive. When suddenly . . .

. . . he becomes aware that Nature is Calling. Right now.

Remember the Garage and the Elements?

Yeah, my car greets every morning perched on the driveway, his little windshield wipers raised to the sky in greeting, his little side mirrors tucked in, his little windshield taking on whatever rain, moisture or snow comes by in the night. So, now I get to prepare my car for a drive, even though my major plan for the morning was going back to my snuggly bed.

And The Comedy of Errors Begins

We bought the car in the summer, so didn’t think to check and see if there was a snow scraper included. Not that there should have been; I’m just used to having a snow scraper in permanent residence in my vehicles. But this morning, I discovered there is no snow scraper. And unlike the high school senior who can just jump in the car and GO GO GO, my car takes hella preparation. So, back in the house I go, scanning my overly decluttered home for an extra scraper, can’t find one, settle on the litterbox scoop, and head back out. All of this for a 3 minute drive, mind you.

Got the kid dropped off at school and decided to use the $5.00 coupon I managed to have on my person rather than leaving it at home to purchase myself a new scraper at the hardware store. The scraper is $4.49. Bonus! I’m not even going to have to shell out any money. The decidedly serious cashier says, all alarmed, I can’t use that coupon on a sale less than $5.00. Oh. My. God. I try a few things — can you charge me more for it? Can you just make up a charge for something like “Used Air while in Store?” But no. She suggests a Reese’s Peanut Butter Christmas Tree, something I need about like I need the hilarity of the morning. Finally decide on a whatever, and now I OWE $1.49.

Maybe Getting Closer to my Point Now

When I get home, after the 60 minute process of getting my son to his school which is 3 minutes away, I decide oh what the heck I’ll stay up and start on the laundry. When, much to my surprise, I discover this:

The lint screen. Did someone wash a black sheep in here? What the heck? This was from one load, by the way, and I couldn’t see anything that would have done such a dastardly thing to my lint screen. So, of course I cleaned the screen, and then noticed that some of the sheep had escaped around the edges, and I realized it was Time to Clean the Lint Screen Area.

Years ago, I heard Dr. James Dobson speaking about how his wife had gone to clean the stove and ended up really deep-cleaning it. What the point of the lesson was I do not remember, but I think it was something like stay focused on what you are actually trying to get done.

But really, that lint screen showed me that there was subterranean needs in the lint-al area, so I finally located a screwdriver, flashlight, vacuum cleaner, important vacuum cleaning attachment, ETC. And now that puppy is all clean. And it’s 9:42, and something that normally would be completed by 8:00 has brought me all the way here, JUST now ready to look for some sustenance, get STARTED on the laundry, and get started on the day.

And you, my considerate readers, got the opportunity to read about the last 1 hour and 42 minutes in fine, minute-by-minute detail, so all is not lost.

All this to ponder the question of who vacuums the dryers of the wealthy. Alas, I do not have an answer, but I am going to presume that there are people out there who are available for hire. Perhaps I’ve found my new calling.

3 thoughts on “But Who Vacuums the Dryers of the Wealthy?”