I had the quote in mind, but didn’t know who had said it. Anaïs Nin said this: 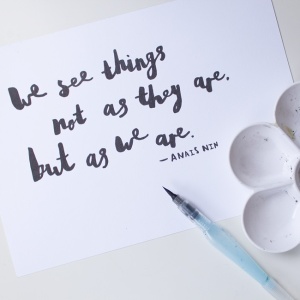 “We see things not as they are, but as we are.”

The Soundtrack of my Youth

Keith Green was a Christian musician who enjoyed a brief, intense life before perishing with two of his young children (ages 3 and 2) in a plane crash at the age of 28. I remember exactly where and when I found out he had died. I was at Honey Rock Camp and had just finished my 18-day wilderness trip. On the bulletin board was a short article about Keith and his death. I did not know at that time that also on the plane were a married couple with their six children. All were killed.

Keith’s music reflected his intensity. I loved his music. His music became the soundtrack of my life from 1977-1982. Today, even though I no longer believe in God and am no longer a Christian, I still love “Until Your Love Broke Through.”

I loved that song when he sang it, and later when Phil Keaggy covered it. But “we don’t see the world as it is, we see it as we are.” I think Keith couldn’t not sing. He had been making music since he was a tiny boy, and Jesus made a lot of sense to him. Indeed, he felt like everything made sense now because Jesus’ love had broken through his blindness.

Being in a post-Christian state, I find interesting the stories of others who have left the faith they grew up in. Plenty of people seem to leave because they were hurt by Christians and/or disappointed by God. The teachings I received as a child and young person indicated that being disappointed by God was antithetical to actually trusting him. That if you really trusted, you would believe that “all things work together for good to those who love him and are called according to his purpose.” The sense of letting God down can be strong in someone who struggles with their life.

As these concepts are inculcated into small children, they are quite often toxic. Children have strong abilities to perceive, without the matching strength of ability to interpret. A child may detect tension between her parents, but will very often interpret the tension to be something that is due to the child’s failure in some way. Sadly, I saw the world and the things I heard at church as evidence for my defective nature. And every time I heard anything related to the idea that we are capable of no good things on our own, that reinforced my belief.

I place no blame on the adults in my life who taught me that I should be a good girl or I would go to hell. I truly believe they believed what they were saying. That man who stood on the platform, striding back and forth in the little Baptist church, bellowing about hellfire and damnation — I figure he really did believe that. And I suppose there was less understanding 50 years ago about how children thrive and how they suffer. So, hindsight is 20-20 as we know, but that’s also why I do not point fingers at them in a judging kind of way.

Every day with Jesus

When I got my “fire insurance” at that little Baptist church, I finally breathed a sigh of relief. I wasn’t going to have to go to hell because I had finally put together the right combination of words and “asked jesus into my heart.” But nobody’s love broke through to me. I “came to Jesus” completely out of terror. Madeline L’Engle said, “Begin as you mean to continue.” In my childish way, I meant to continue to be good, to do whatever it took to keep myself out of that lake of fire, where I would be burning eternally with no relief.

As a child, I couldn’t distinguish between concrete and abstract. To me, it was a literal lake of fire — I can still remember the mental picture I had of it — people writhing, burning, agonizing, and shit out of luck because they had their chance on earth and they had missed it.

Soon after I got fire insured, I was introduced to the lovely “I Wish We’d All Been Ready.” To wit:

Life was filled with guns and war
And all of us got trampled on the floor
I wish wed all been ready
The children died, the days grew cold
A piece of bread could buy a bag of gold
I wish we’d all been ready
There’s no time to change your mind
The son has come and you’ve been left behind

For an anxious child, this terrified me further.

The father spoke, the demons dined
How could you have been so blind?
There’s no time to change your mind
The son has come and you’ve been left behind

Well, I thought, I’ll just have to make sure I’m ready because I sure as HELL do not want to get left behind. I memorized bible verses, learned the books of the Bible for a crisp $1 bill, sang the “hymns and songs and spiritual songs,” and generally had a lot of fun with our friends from church. Then we moved on to a different church where exciting things were happening but where we didn’t have nearly as much fun with our friends.

Anaïs Nin was onto something

Fast forward a lot of years and experiences later, and I saw more and more how the truth of “we see the world as we are, not as it is” meant we do christianity in the subjective world of our own experiences, assigned meanings, wounds, and temperaments. Just like we do everything else, we assign meaning to the story of our lives.

I had long ago internalized the belief that I was defective, unable to do good, unworthy of anything, unrighteous, unclean, un, un, un. Not enough. Never ever enough. The years of pain from feelings like I wasn’t a good enough daughter, sister, cousin, friend, student, wife, mother, and of course, Christian. When I first was introduced to the idea that I might actually be ok just the way I am, I rejected the idea. But there came a day when I heard the right person at the right time talk about it in a way that made sense to me. It was possible, it is possible, to see myself as something other than a broken thing that doesn’t deserve to take up space.

And speaking of prayer, I heard many sermons, read books, had discussions, read articles, journaled, and listened to teaching about what prayer was, what it was for. I believed the lyrics, “Sometimes He calms the storm; sometimes He calms the child.” That meant to me that sometimes God would answer the prayer about stopping the unpleasant thing with a yes and it would stop, and sometimes he would answer the prayer with a no, but would be kind enough to comfort me in the midst of it. But, the only way we feel calm is if we believe that we can.

I’m sure (if anyone is still reading at this point) plenty of people have experiences that seem to be supernatural. That they have experiences where they can’t explain why they were able to be ok in the midst of a loved one dying, or losing a beloved pet, or facing devastating news. Everybody is I, and we all have our own experience. To me, it makes the utmost sense that my experience of religion was simply one more facet of my experience of life.

Until Love Broke Through

I’m a much more loving person now because I love myself. My shackles are gone. As I often say, I think the “fruit of the spirit” is da bomb. I say yes to love, joy, peace, patience, kindness, goodness, gentleness, faithfulness, and self-control. And there is no law against any of those things. But I don’t have to worry about The Law anymore. Because I don’t have to do things in light of eternity. I get to live now. I get to love now.

It’s a big world out there and a really, really big universe. Religion makes sense as a way we try to explain the fundamental questions we have about how we got here, where we’re going, and what to do along the way. But what if, just what if, there are other options? What if we can love others? What if we do deserve to forgive ourselves? What if we love be present to others with nothing other than being human? 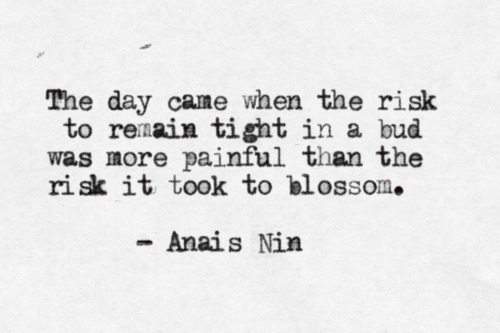