As Kepler’s 10th birthday approached, he reveled at every text we received from moms of kids who were going to come to his party, a “destination” party, his very first. I loved watching his delight and anticipation of getting to share his special day with the kids from his class.

The night before his actual birthday, I realized I didn’t have any actual presents for him to open on his birthday. I’ve written before about how difficult I find it to get birthday things handled in good time, which is to say, before the day of.

So I came up with a plan. I made a visual schedule for him. 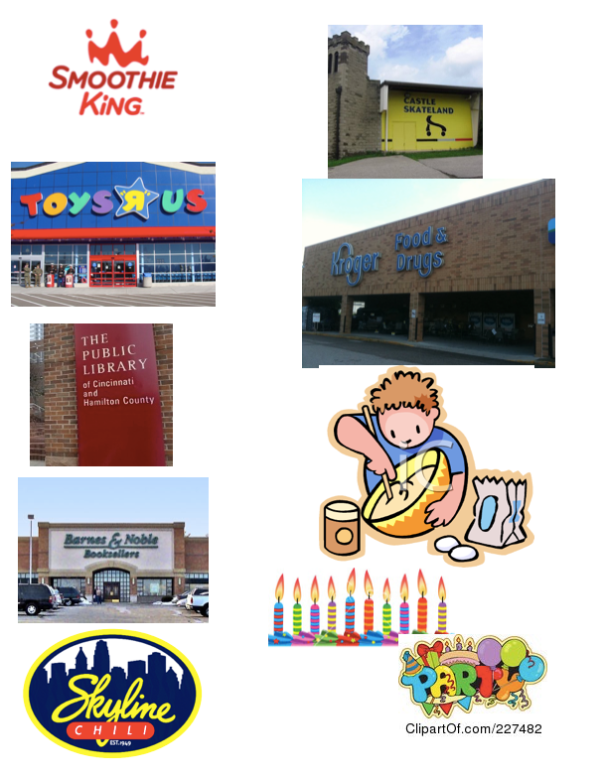 Kepler LOVES visual schedules. I wondered how he would do with this one, but it worked beautifully. The only thing was that he was NOT interested in skating. When they had skate days at school, they did not provide the pvc movable fences that help keep kids upright, so Kepler has decided that he does not want to skate. He had me write “Kepler says no thank you to skating.” next to the picture. 🙂

At each location, I asked people there to write happy birthday to Kepler on the page we were using as a reference, which was very fun for him. People loved signing his paper.

After our trip to Kroger, we came home and made his cake , a yummy lemon cake with whipped cream lemon frosting, which we served with rainbow sherbet. Kepler is not big on cake at all, so I chose something colorful, just in case that might entice him to try it.

The day was capped off with a family party and the promise of an exciting day tomorrow, the day of the friend party at the pool.